Update: We’ve been featured on CBS Austin! Learn more about the campaign to garner college-themed shirts for each of our Copperfield students: 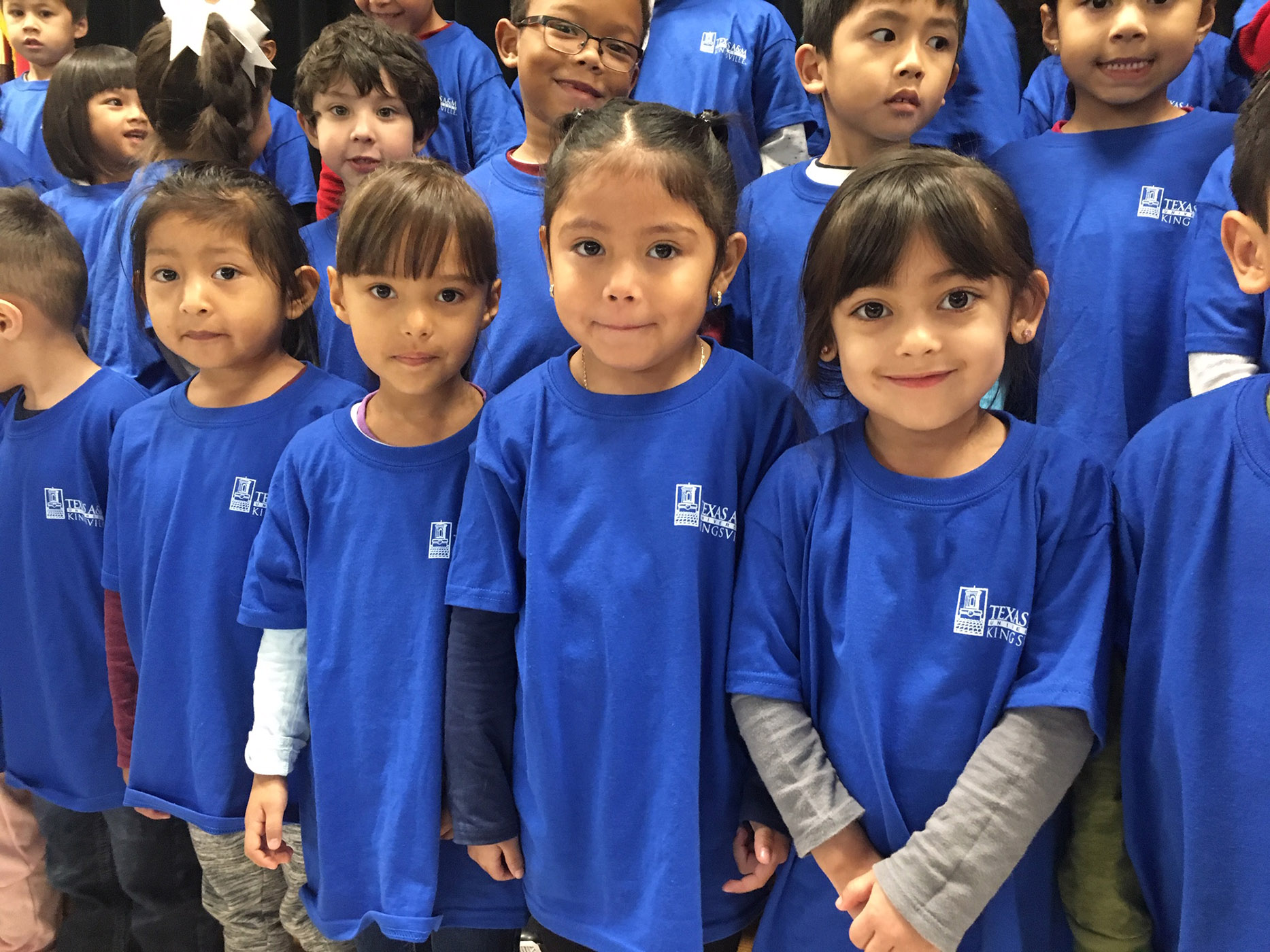 It was Wednesday – the day of the week when students and faculty are asked to wear college-themed shirts in support of future academic plans or past achievements – and Olivarez scanned her classroom. Not a single college shirt in the bunch.

Then she asked her students if they owned a college shirt: Again, not a single one.

Copperfield is among several Pflugerville ISD schools that qualify for Title I funding, provided to schools with high concentrations of students in low-income families. Olivarez, who has taught at Copperfield for 16 years, had long been aware of this fact, but it perhaps had not been any more painfully obviously than at that moment.

So, she went into action, emailing several universities about the situation, in the hope of landing a few donations to outfit – and hopefully inspire – at least those in her classroom.

The response was a bit overwhelming.

Donations poured in, and continue to do so, from throughout the United States. Twenty-six colleges and universities – mostly from Texas but from as far away as Dartmouth and Yale, and Concordia in Portland, Ore. – responded. In fact, they received enough for each Copperfield student, with about 100 more in reserve.

“My boss was very excited about helping your school,” wrote Lonnie Lentz of the U.S. Air Force Academy. “You are going to get a very large order.”

The Air Force Academy, the first to respond, sent over 400 shirts, as well as backpacks, water bottles, pens, folders, pencils and other materials. A dean at the University of Texas A&M-Kingsville inquired about the location of the campus so he could visit. Texas A&M International adopted a grade level.

Those at other colleges simply asked how many and what sizes were needed.

“I was elated to receive such an overwhelming number of donations,” Olivarez said. “Our students know now that the purpose of College Wednesday is to inspire them to dream big and to look at the wide selection of college opportunities.”

“It is amazing that one small idea could have turned into something so spectacular,” added Copperfield Principal Georgie Arenaz. “It’s inspiring to think about the shirt being a seed – one that will grow into not only the potential for college, but a destination.”

The list of colleges and universities that have thus far donated to Copperfield as part of Olivarez' “College Wednesday Campaign” includes: