On Thursday, September 26th we had 14 eighth graders go to Parmer Lane to help out with their activity night. These students are some of the PAW Squad who go to Parmer lane and read to the kindergarteners and help lead lessons! I believe we have around 20 students signed up to help this year!

Friday night WEB’s 6th grade hangout was a success! Lesson was on being a good student and making friends which lead into the students getting to play some awesome board and card games. Special thanks to those who helped: Mrs. North, Mr. Lathan, Mrs. Hall, Mrs. Nichols, Mrs. Thompson, and Mrs. Simmons.

Saturday morning we had 29 WEB leaders go to the Alzheimer’s Walk to help raise money for a cure! Also helped raise awareness to some of the students since most of them did not know what it was. A few students did open up and say one of their family members have died from this horrible disease. Along with the students walking/running, we had Mr. Lathan, Mrs. Hall, Mr. & Mrs. Cannon, Mr. & Mrs. Moctezuma and their son Alex, Mr. & Mrs. Ramirez, and Ms. Anderson!! Together our participating staff raised $350!!! 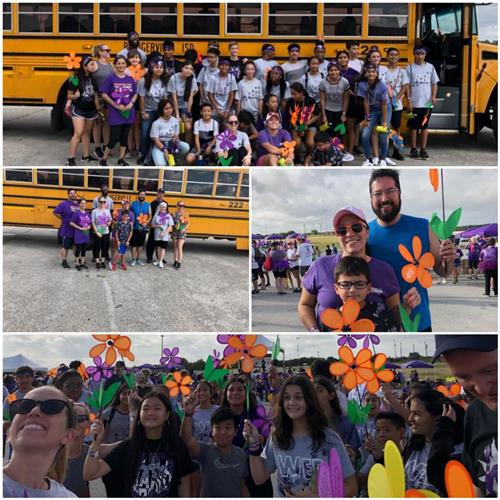