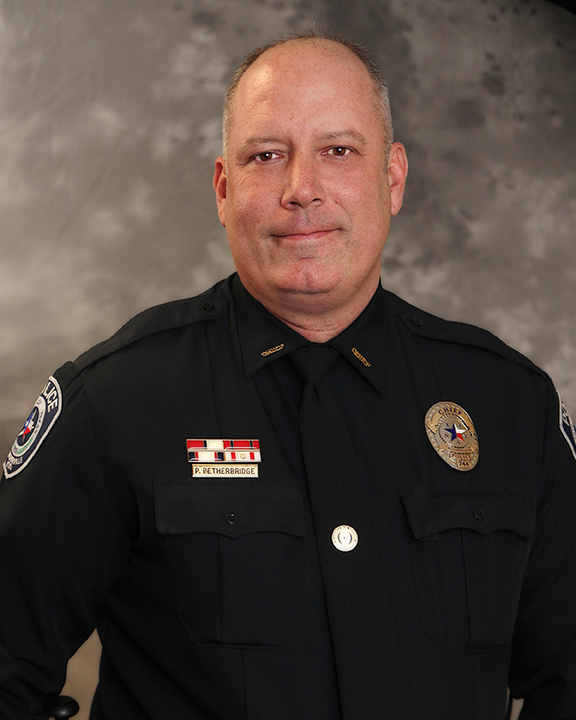 Patrick Petherbridge was sworn in Tuesday as Pflugerville ISD’s first-ever Chief of Police on staff.

“I’m honored to fill this role for Pflugerville ISD and our community,” Petherbridge said. “I look forward to fostering strong relationships with those we protect and serve as PfISD continues to grow.”

Chief Petherbridge has been with the City of Pflugerville Police Department (PPD) since 1998. He served as Police Chief for PfISD since 2017, but did so under an interlocal agreement between the school district and the police department, and as such was a City of Pflugerville employee.

“Chief Petherbridge has provided excellent leadership since his tenure began in PfISD,” Superintendent Dr. Doug Killian said. “His knowledge and experience will be invaluable to the district as we work toward the creation of the first PfISD Police Department.”

Hiring the Chief of Police position was the first step in the district transitioning to an independent police department. Chief Petherbridge will work with district officials in the process of creating a district-wide police force, which will continue to serve PfISD campuses. PfISD’s police department will launch in the 2019-2020 school year.

With PPD, Chief Petherbridge served in various roles, including patrol and K-9 officer, field training officer, patrol sergeant, professional standards supervisor and patrol lieutenant. He has over 3,800 hours of law enforcement training and has attended the Law Enforcement Management Institute of Texas. He was a reserve deputy with Williamson County in 1998 before joining Pflugerville Police.