Husband and wife named campus Teachers of the Year

Young educators D’Jon and Tierra Pitchford both were named Teacher of the Year for their respective campuses this year. Married, the two also have Rookie Teacher of the Year accolades under their belts from previous years in education.
“Being named campus Teacher of the Year is not just one of the greatest accolades you can receive as a teacher,” said D’Jon, a teacher at Dearing Elementary, “it shows that others see you for the dedication and passionate service you give to your students and campus daily.”
“I feel that the work that I did with my students, in my classroom, and around the campus was not overlooked,” added Tierra, a first-grade teacher at Caldwell Elementary.
The pair together attended Pflugerville ISD schools – Westview Middle and Connally High School, and both later worked as directors in campus after-school care.
“Being in after school care as a director while in college showed me a different side of students and I wanted to take the time to be an inspiration to students each day,” Tierra said. “Being an African American woman as well inspired me to teach because I did not have anyone that looked like me until I went to high school and I felt that was too late.”
However, Tierra can say she has bragging rights within the Pitchford household: She won Rookie Teacher of the Year during the 2017-18 school year, while D’Jon, a fifth-grade teacher at Dearing Elementary, won his in 2020-21. 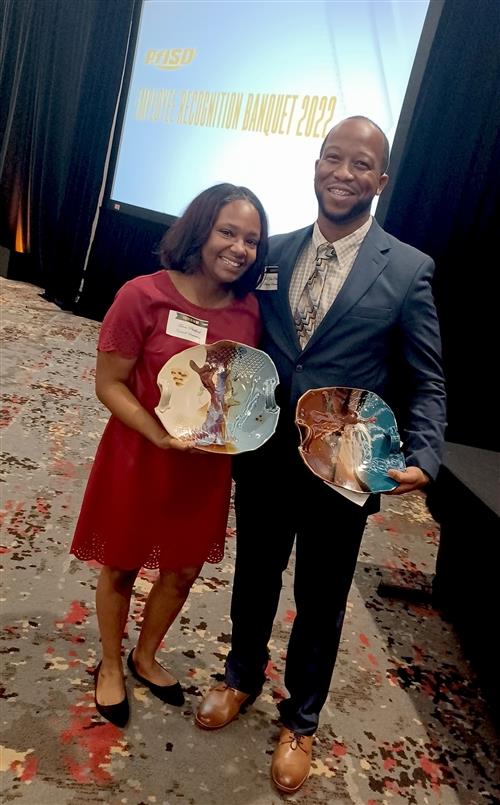