Pflugerville High School Cheerleading came away the big winner this weekend, claiming the top prize at the Cheer America Cheer Bowl Nationals in Galveston. The Panthers won first place in the small varsity division and earned the title Grand Champion in the school division for tallying the highest score.

Members of the PHS cheer squad also received championship rings and jackets for their accomplishment, along with Cheer Bowl national champion and grand champion banners that can hang in the rafters at PHS.

THE ONE Cheer and Dance Finals consists of five regional competitions. Winners of each division from these competitions will qualify for a virtual national championship this summer to crown “The ONE Champion.” 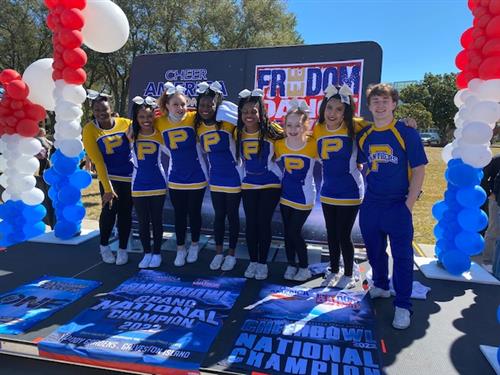 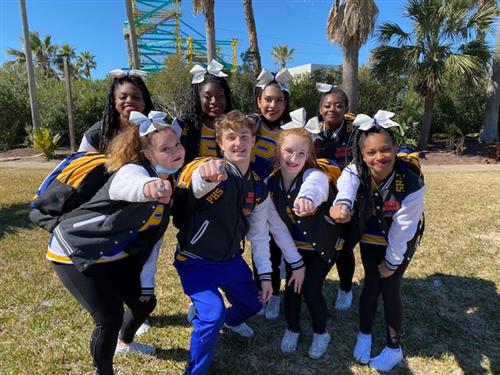