Editor’s note: The following article is reprinted with permission. It originally appeared in the Nov. 20 edition of the Connally High School newspaper, The Connection.

The Lady Cougars varsity basketball team started this year’s season with a new coach and high expectations have already been set.

Coach Candi Harvey stepped down from her position as head coach for the Lady Cougars varsity basketball team after 35 years of coaching, due to a family medical emergency. Coach Amber Wiley took the lead this season, after previously coaching the junior varsity team.

“This is not a decision I made over night, the realization that I’m not going to be coaching at a game, coaching at practice is difficult but I am in absolute peace of mind that this is the best decision for everybody that is important to me,” Harvey said.

This would have been Harvey’s fourth year coaching at CHS. The team had great

Success – each year going to the playoffs. Last year they made it to Regionals.

“There was a high level of coaching from everyone and I think there was a group of athletes that were willing to commit and do what we asked them to do and when they did that, it worked beautifully,” Harvey said.

This will be Wiley’s ninth year coaching, her second year at CHS.

“I’m very humble and blessed, both at the same time,” coach Wiley said. “It’s a dream I’ve waited for my entire life. Working with coach Harvey along with other coaches has prepared me for this opportunity.”

Wiley wants the team to go to District and playoffs. Her ultimate goal is state.

“I will accomplish this goal by starting with the small victories during practices when we are competing against each other,” Wiley said. “Every day we try to accomplish one common goal, ‘improve, and allow the hard work to reward itself.” 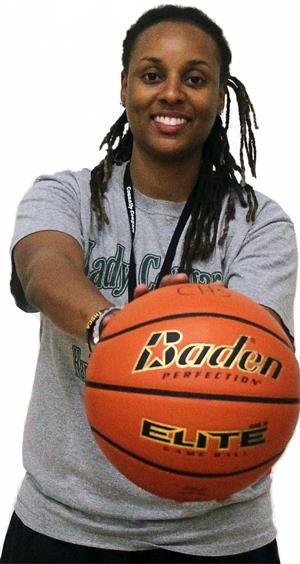