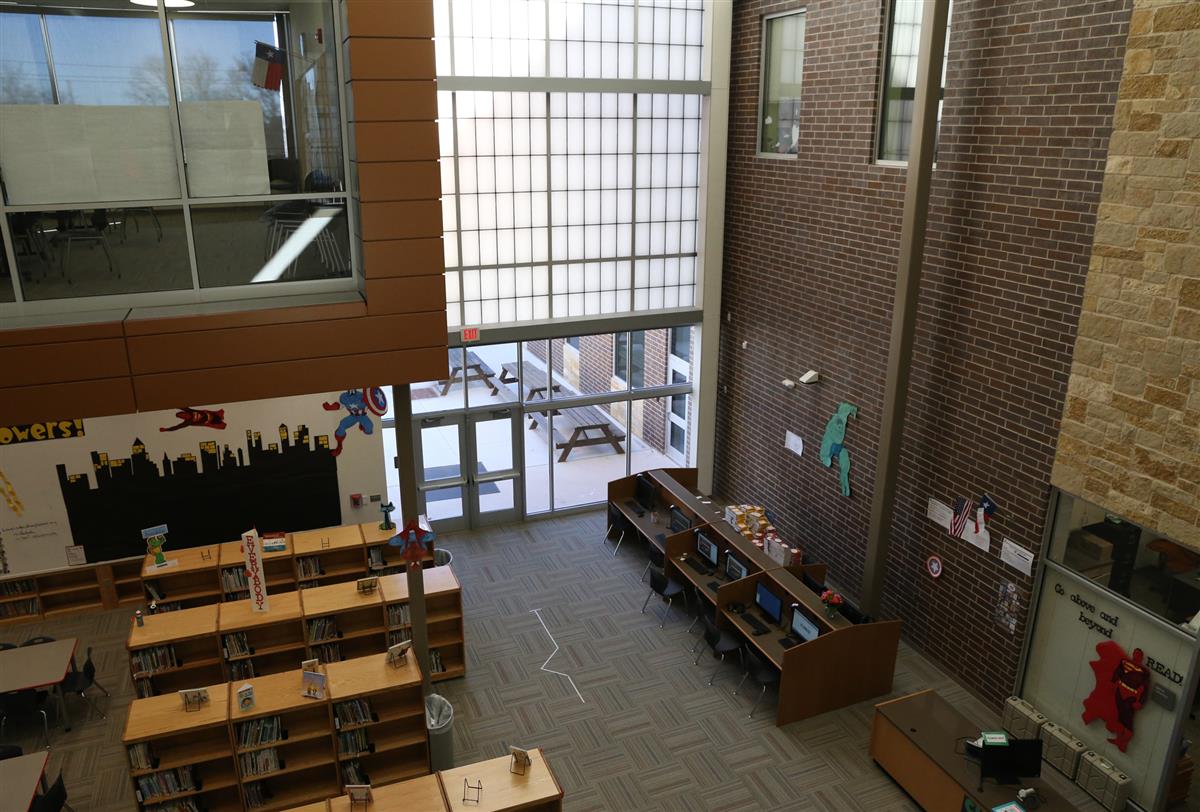 The Dearing Elementary library, along with the school’s classrooms,
features large windows that let in large amounts of natural light.
Photo by Mercedes Ezeji

Editor’s note: The following article is reprinted with permission. It originally appeared in the February edition of the Pflugerville High School newspaper, the Panther Prowler.

One of three net-zero ready schools in the state, Dearing has the capacity to produce as much energy as it consumes.

“The first reason [for building Dearing as a net-zero school] was it was just the right thing to do,” said Bill Clayton, Pflugerville ISD’s Executive Director of Facilities and Support Services. “The second is long-term it’s going to be saving money. It’s good for the environment, it’s good for the students. ... We are using as little electricity as possible to run that school. We’re using about half as much as what we’re using in the other schools as far as the amount of electricity per square foot. If we could afford to put solar panels on the roof of the school, we could generate as much electricity as we use in the school.”

Dearing has many other environmentally friendly features. Lights have a timer and a dimmer rather than a switch, and the building’s temperature is regulated by geothermal technology.

“Rather than having a condenser unit to warm and cool the building, our system is utilizing about 360 underground wells beneath the back parking lot,” Dearing Principal Christy Chandler said. “The ground pulls the heat from the water, allowing for the heating or cooling inside.”

“Overall, our goal remains the same, which is serving our students,” Chandler said. “The gift of such a wonderful building and opportunities to help our environment are both bonuses.”

The district also began a recycling and composting program in the fall of 2013.

Clayton said that all district campuses have some sort of energy-efficient or eco-friendly technology, including either high-efficiency fluorescent or LED lighting. Water conservation measures across the district include low-flow toilets, no-flush urinals and restrictors on faucets.

Over the past six years, Pflugerville ISD has reduced energy use by 30 percent, according to Steve Waldron, the district’s coordinator of energy management.

“The district’s short- and long-term goals consist of perpetually looking for ways to reduce our energy and water use year after year,” Waldron said.